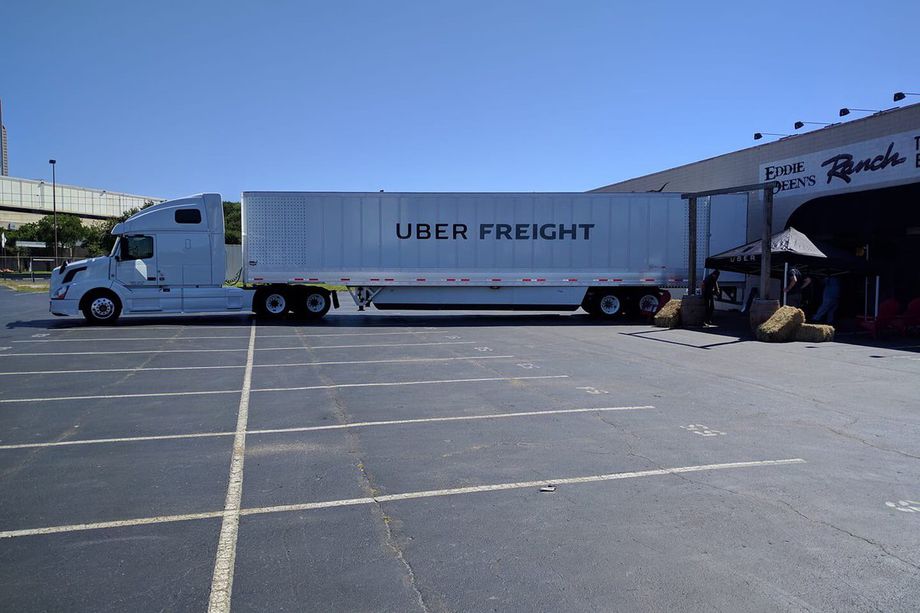 Uber’s currently ensnared in a legal battle with Google’s parent company Alphabet over its self-driving car designs, but the ride-hailing behemoth doesn’t seem to be slowing down just yet. The company’s CEO, Travis Kalanick, posted a photo over the weekend of a large semi that appears to be the first look at its long-hauling truck effort, Uber Freight.

As Business Insider reported last fall, Uber Freight stems from the company’s acquisition of Otto, a self-driving truck start-up it purchased for $680 million. (Otto’s founder, Anthony Levandowski, is a former employee of Google has been accused by its self-driving car project of stealing 14,000 autonomous tech designs from the company before he left to launch the start-up. Levandowski has since stepped away from Uber’s autonomous driving endeavors.)

At the time, Business Insider reports, an Uber exec said its intention with Uber Freight was to build a marketplace “that would allow self-driving trucks to flourish.

As The Verge notes, Kalanick’s tweet suggests Uber Freight’s plans now appears to include ambitions to own a fleet of semis—which, of course, would be a costly venture. Still, the project has had some successful public demonstrations; last October, an Otto truck completed a 120-mile beer delivery run. But it’s not clear how many tests have been conducted since. In February, Car & Driver revealed Otto was operating without a permit in California, a familiar point of contention for Uber.

Despite the ostensibly positive news for Uber, the company could face a setback this week: the judge overseeing Uber’s dispute with Google’s self-driving project is expected to decide this week whether to issue a preliminary injunction that could halt Uber’s autonomous vehicle program until the case is completed.

Story by Ryan Felton at Jalopnik